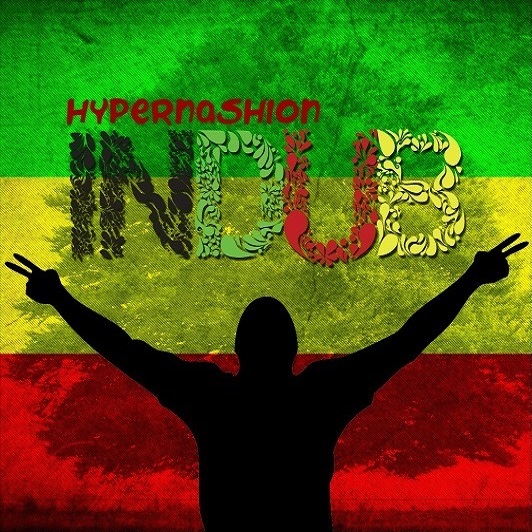 Hyper Recordz presents a new release from Hypernashion. The album is titled ‘In Dub’, reflecting the sound heard throughout the record. The release features twelve tracks and a thirteenth bonus alternate mix of the fourth track, ‘Free West’.

MakaRon (Gedeon Jerubbaal) has a large influence on this CD, as he mixed or remixed virtually all the tunes present here. Tadeusz Kuczynski (Izrael), who played trumpet on arguably the first reggae album from Poland (‘Biada, Biada, Biada’, 1983), is making a very special appearance. Other guest artists include Pucona (Cerkuz Familia, Phantohm Soundsystem), a prolific electronic music MC from Manitoba, and Robal, a vocalist previously associated with the project ‘Julian Burger’. Throughout the album you can also hear contributions from other artists connected to Hypernashion, including Mike Cenkowski, Jacek Beimcik, Bombah, Peter Czaplinski, Rob P, Marek Ring, and Artoo.

Robert “Robal” Zboroch’s vocal for the track “Cold Sight’ was mixed together with MakaRon’s dubstep riddim and mastered by Andrzej “DJ Zero” Giegiel at LWW Studio in Warsaw, Poland, in November of 2012. ‘In Dub’ was mastered at the same studio by Nicolas “Mr. Frenchman” Ribier and Emili Jones (Vavamuffin) in the Fall of 2014.

‘In Dub’ is dedicated to the memory of Ryszard Sarbak.