As we speak, the crew at Hyper Recordz is busy bringing to you MakaRon’s anticipated new album – ‘Midasore’. In the meantime, here is a preview of what’s to come as written by the legendary Symeon Ruta…

“The myth, whatever its nature, is always a precedent example, not only for people’s actions – sacred or profane – but also as regards the conditions in which their nature places them; a precedent, one may say, for the expressions of reality as a whole.”

Thus, according to Mircea Eliade, myths are the base – or a “cause” for all human actions, and, at the same time, they work as an explanation, a rationalization of what we do and what is happening around us, all together expressed and lined out through social organization, taboos, lore and music passed down from one generation to another.

Maka-Ron’s Midasore Project – an off-the-beaten-track excursion into the realm of multi- cultural sounds and feelings – is actually based on a mythical, imaginary premise. The title, as the artist explains, comes from an innocent and cheerful play of words: Midas, the golden king of Aegean folk stories, and ore, a Viking cent (used in Scandinavia) whose name means a “small piece of gold”, one we all remember from the books we read in childhood.

The record you are about to listen does not attempt to explain the universe or explore the intricate relations between human ancient traditions and modern day individual behaviour; it is not an anthology of the music of the Earth. Its only purpose is to offer you one hour of your day filled up with the sounds of bouzouki, darabouka, tamboura and bodhran; swarmandal, samisen, syakuhachi and dan ban; didgeridoo, ney, bhangra tumbi; tsuguru, saron-ruban and barangan played by the most inspired musicians on this planet, blessed by the voices of people from all around the world. And everything has been gathered together, felt, seen, cherished, arranged, dubbed and mastered by Maka-Ron.

There are many myths about the Sun and its purpose in the Universe, but – as the wise men say – the Sun is one for all. This album is the proof of it. 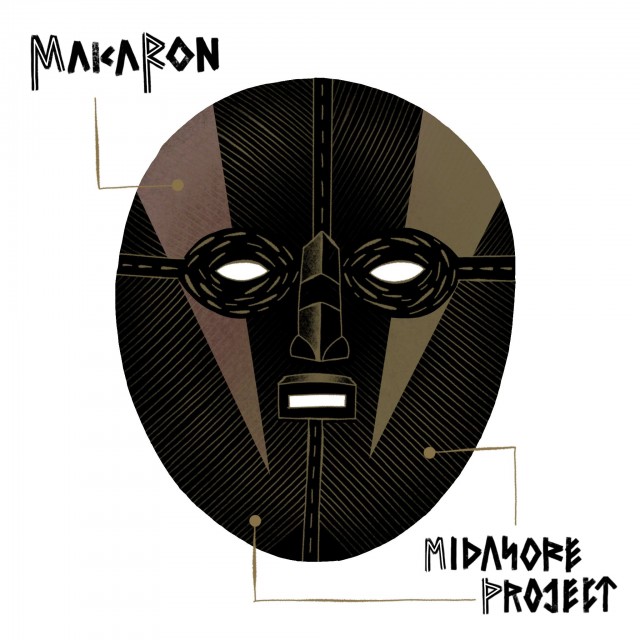